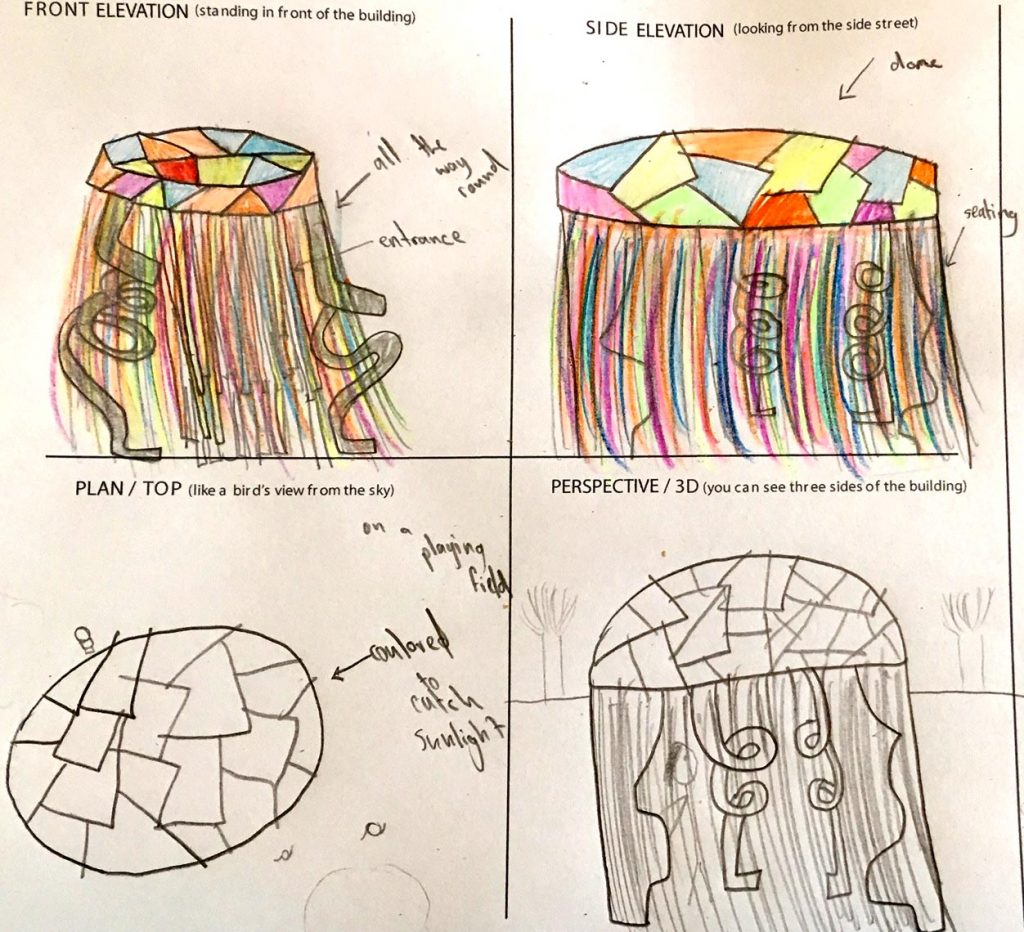 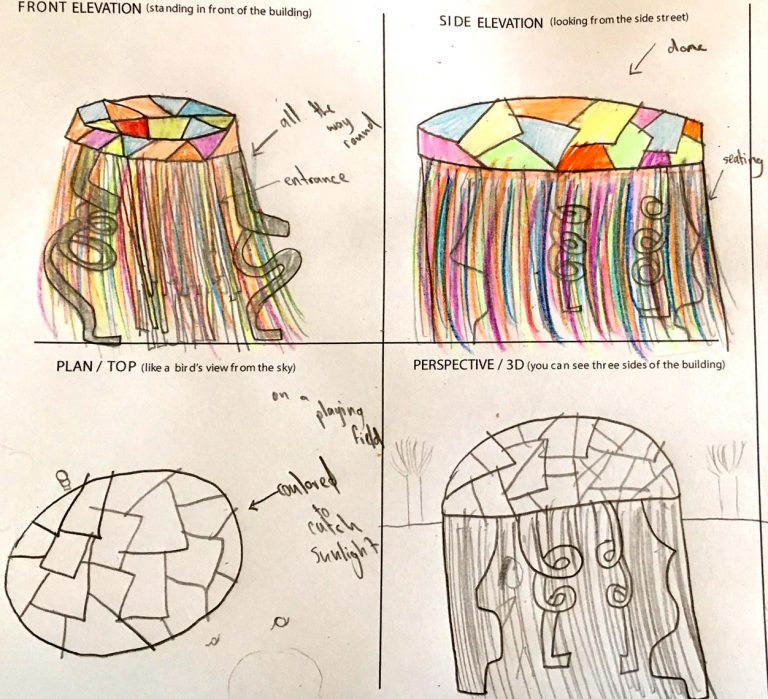 Extremely successful outcome for our 9 yr old online Archimaker in Sheffield! Her pavilion is inspired by those introduced in the workshops and one by Francis Kere that she visited on a family holiday. Our Archimaker says;

"It has a domed roof that's made out of loads of different panes of coloured perspex, to reflect the light so that it creates a rainbow effect inside. I took inspiration from the pavilion we made with curved pieces of paper and also something I saw in a sculpture park near us with curly parts. Its got some seating where you'd be able to sit down on it. All around the outside it has little dangly bits of plastic (that would be recycled), that would go all the way around the outside of the dome, (sort of like the fly screen), but like an entrance... and walls, because there wouldn't be walls in it. We have a local park called Encliffe park and it has a really large playing field. It would offer some shade. It offers some seating, and rest... and the rainbow effects inside which are sort of calming. The materials for the pavilion are bits of plastic hanging down, the coloured perspex for the roof. And I would go for silver steel for the things that are holding it up."